The alphabet was a founding technology of information. The telephone, the fax machine, the calculation, and ultimately, the computer are only the latest innovations devised for saving, manipulating, and communicating knowledge.”
- James Gleick, The Information, p11

We live in an over-saturated data-sphere. Try reading a government report some time — heavy on the facts but lean on the figures! For most people, synthesizing data through words or tables is actually quite difficult. With the explosion of data since the digital revolution, we’re increasingly faced with synthesizing large quantities information. As an overwhelmingly visual species, we humans turn to visual means to communicate complex data sets. Often called infographics, data representations may be generated from numerical data (graphs), spatial data (maps), or abstract / formal data (diagrams).

In this How To, Dan discusses the distinctions between types of data, how to represent them, what it all means, and tips to create your own infographics with the goal of telling a story. This post is supplementary to a lecture given by Dan, in the course Sustainable Material Assemblies at the Boston Architectural College on February 4, 2014.
Particular parts of the lecture are dispersed through this post, or you may listen to the entire lecture here:

Infographics may be generated from one of a few types of data. Understanding what type of data you have will help to determine the proper form of representation. 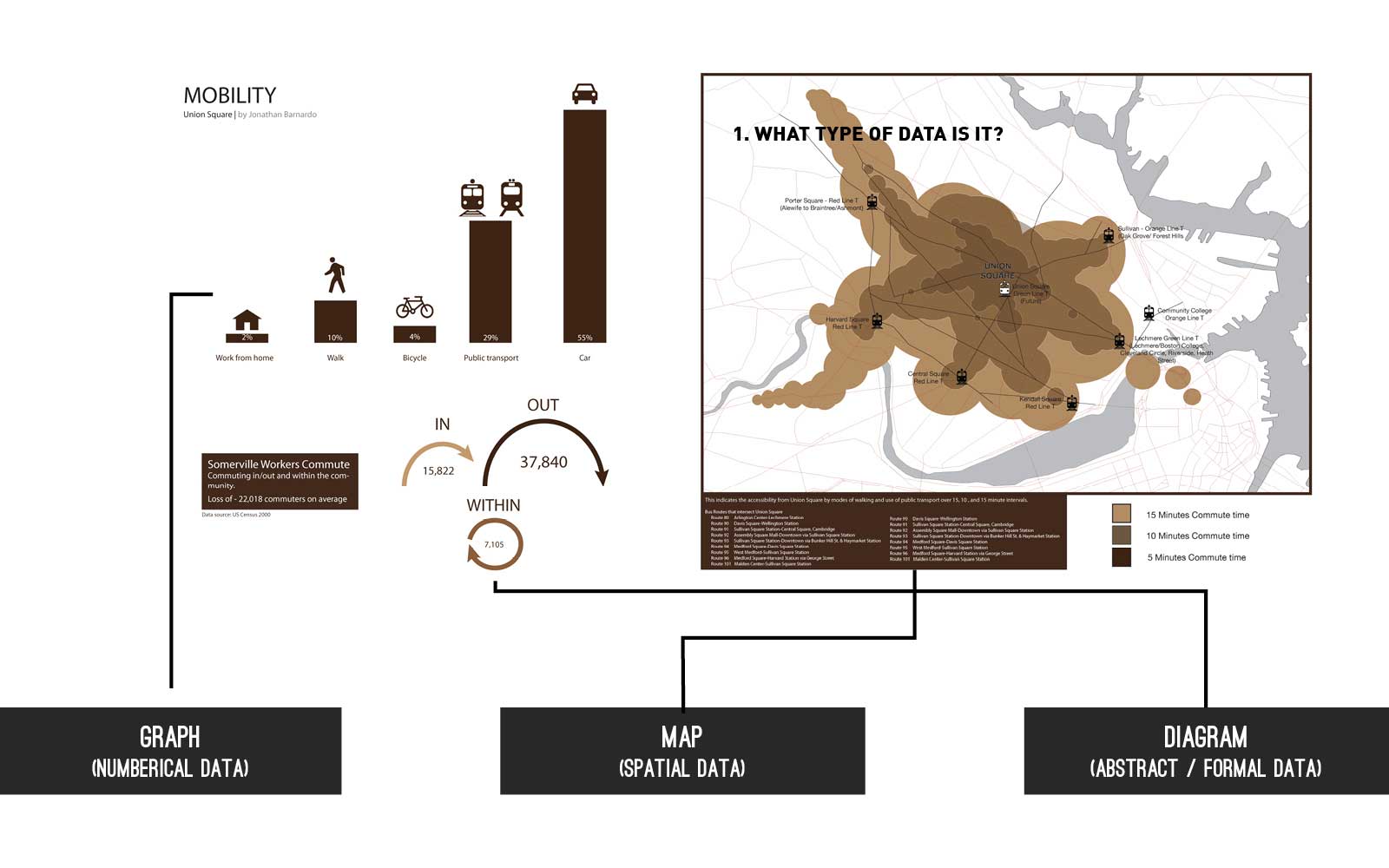 Ultimately, just about all data may be represented numerically. But here, we refer to data that explains proportional relationships between discrete entities that may be abstractly represented through a graph. Typically this data is found in spreadsheet format, and may often may be graph-able directly within Microsoft Excel.However, Excel (or google docs) have limited graphic capabilities. Once you have created a graph in Excel (not google docs!), copy and paste it into an Adobe Illustrator document for graphic attention. If your data set is more complex than can be represented through a simple graph, consider working within a programming language such as Python or Grasshopper for your representations.

Here are a few examples of simple graphs that seek to tell a story. What do they tell you? 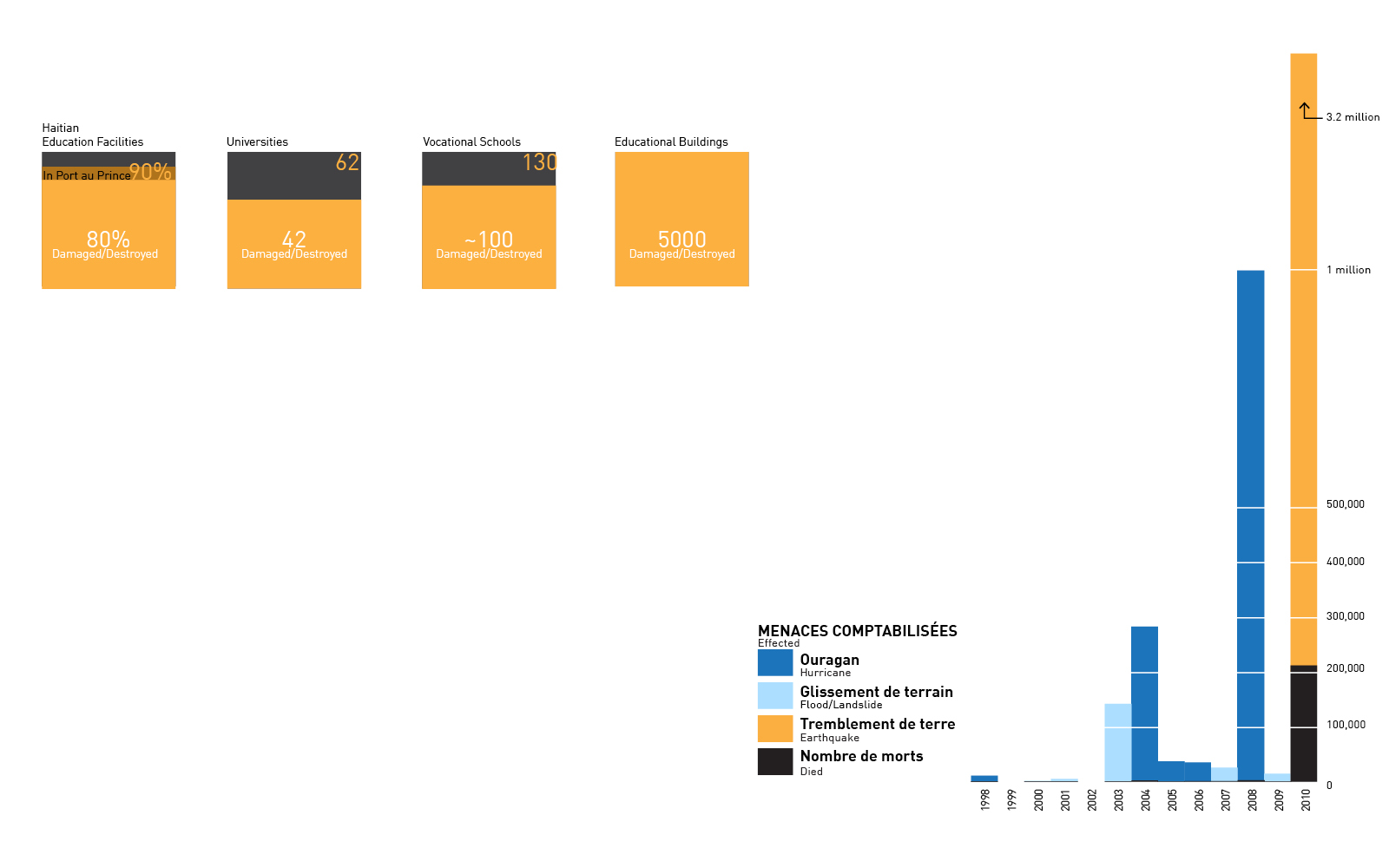 If your data set includes locations in space, mapping is likely the representational tool of choice. Maps may be at any scale, and of any dimension (maps may be of atomic relationships, at the scale of the city, mega-region, or the galaxy), but fundamentally identify elements as they relate to each other in time-space. At the scale of human habitation on earth, we turn to GIS (graphical information systems) as the primary method of compiling digital spatial data. When combined with a series of other applications such as Google Earth, the Adobe Creative Suite, and Rhinoceros, we can create robust and richly detailed maps. Look out for our next SC How To that drills into this workflow!

Here are a few examples of maps: 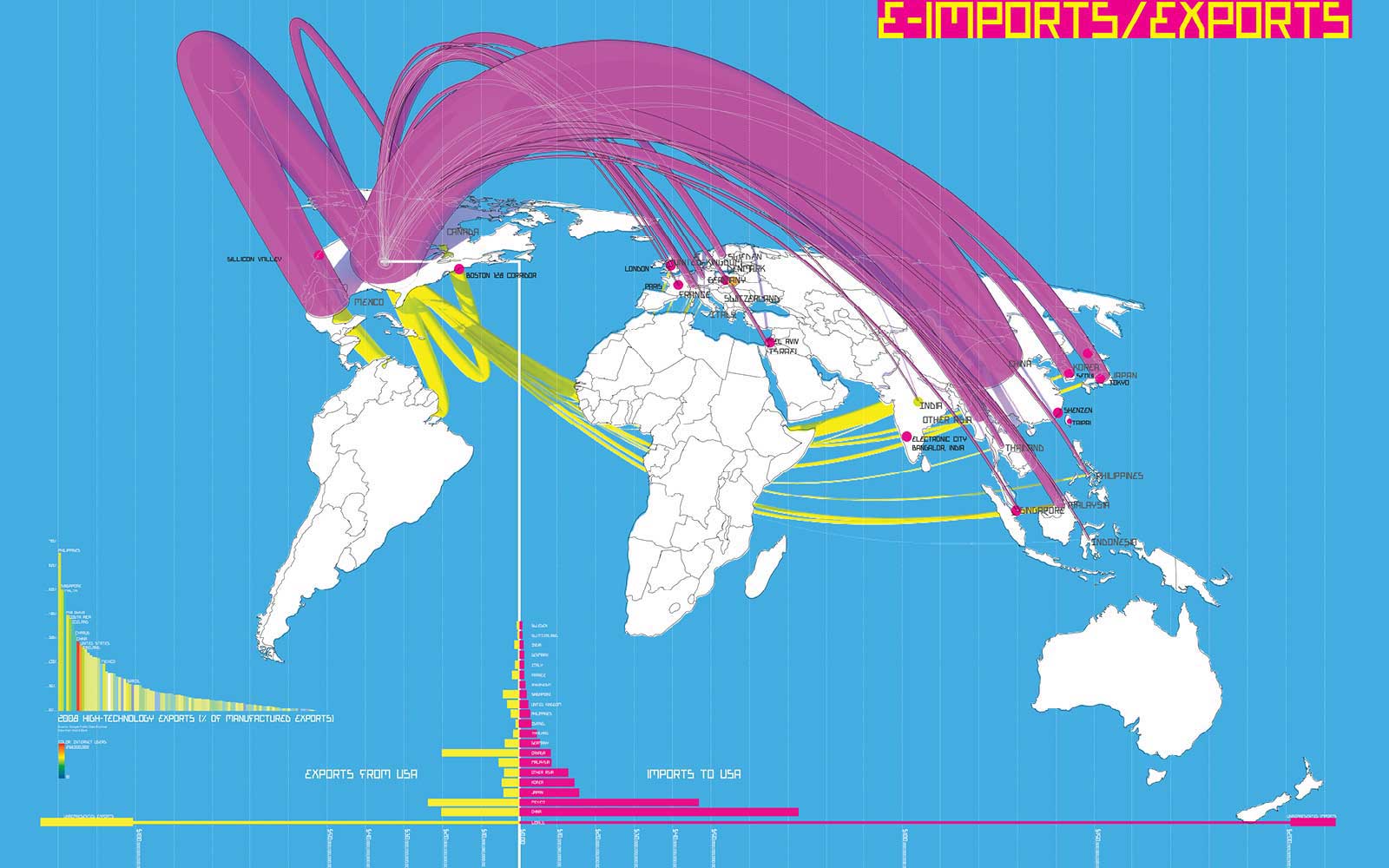 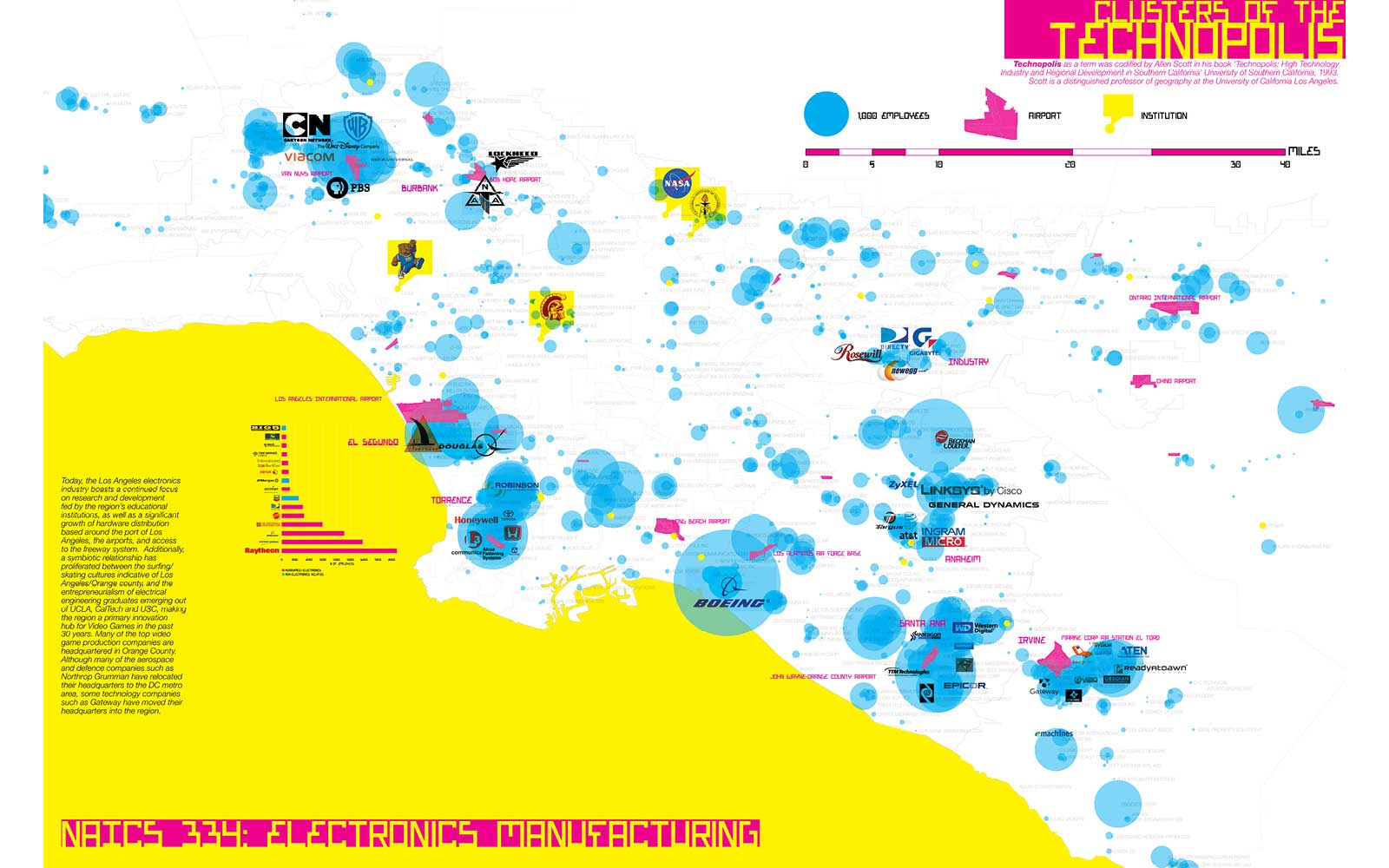 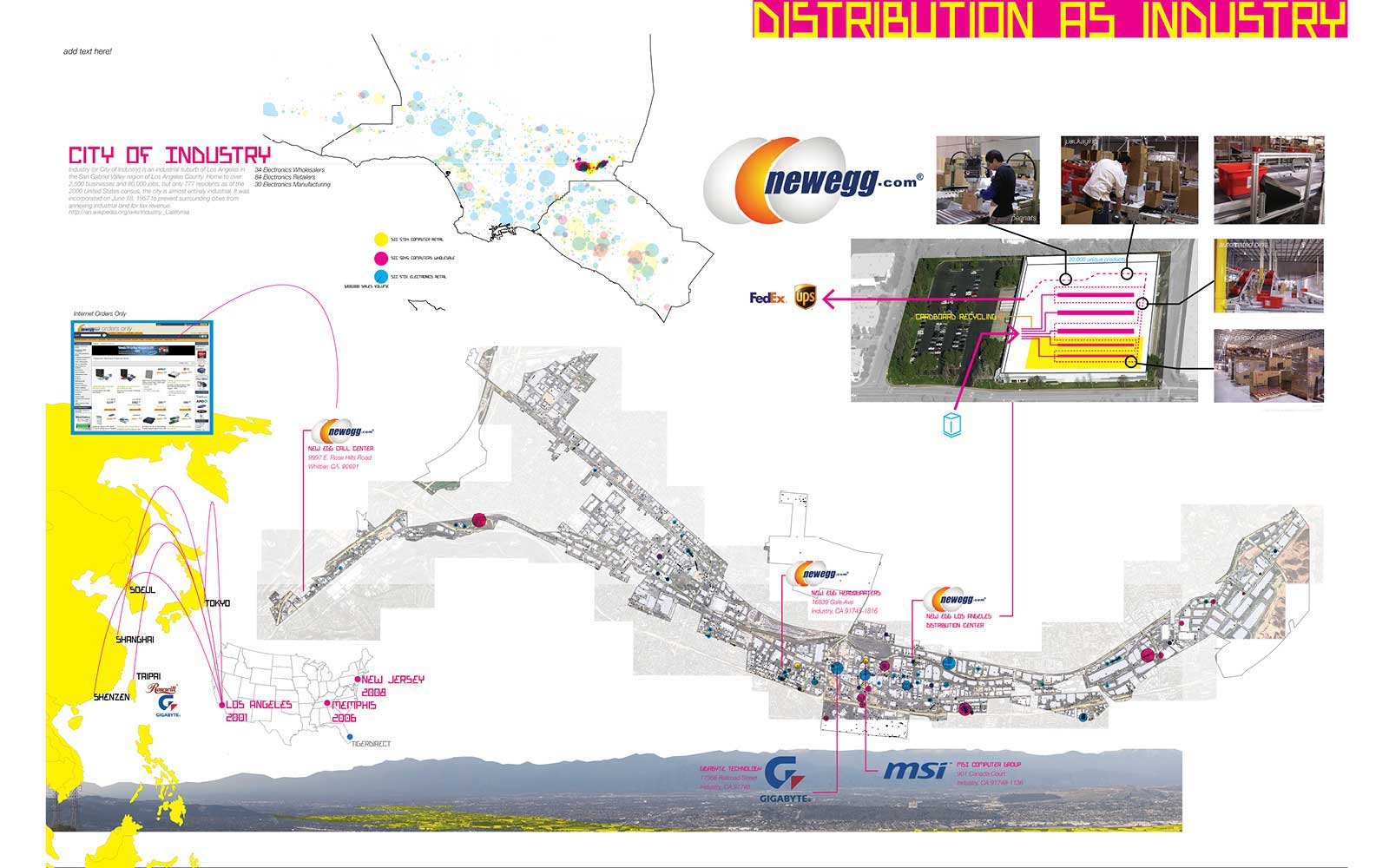 Here are a few examples of Diagrams: 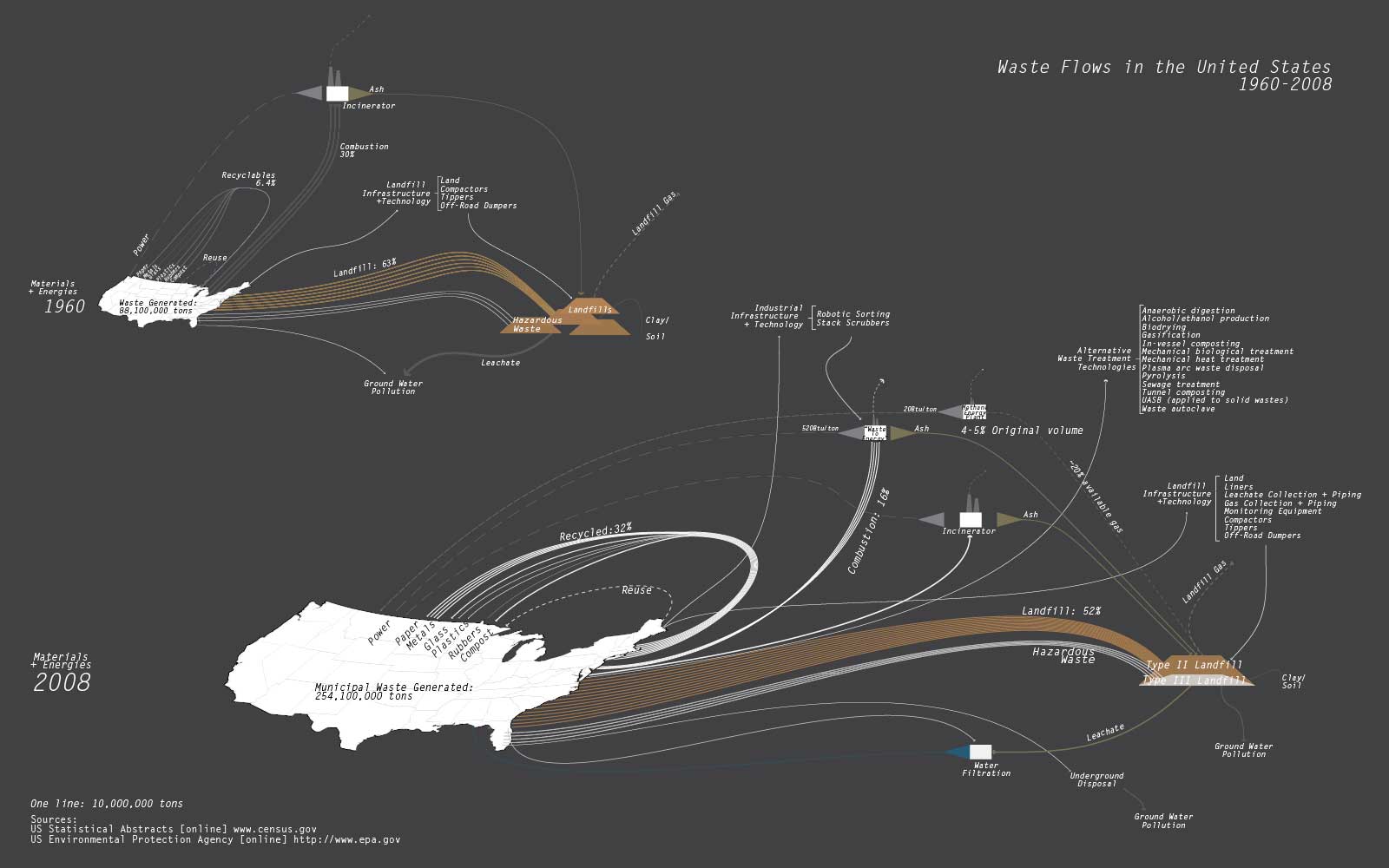 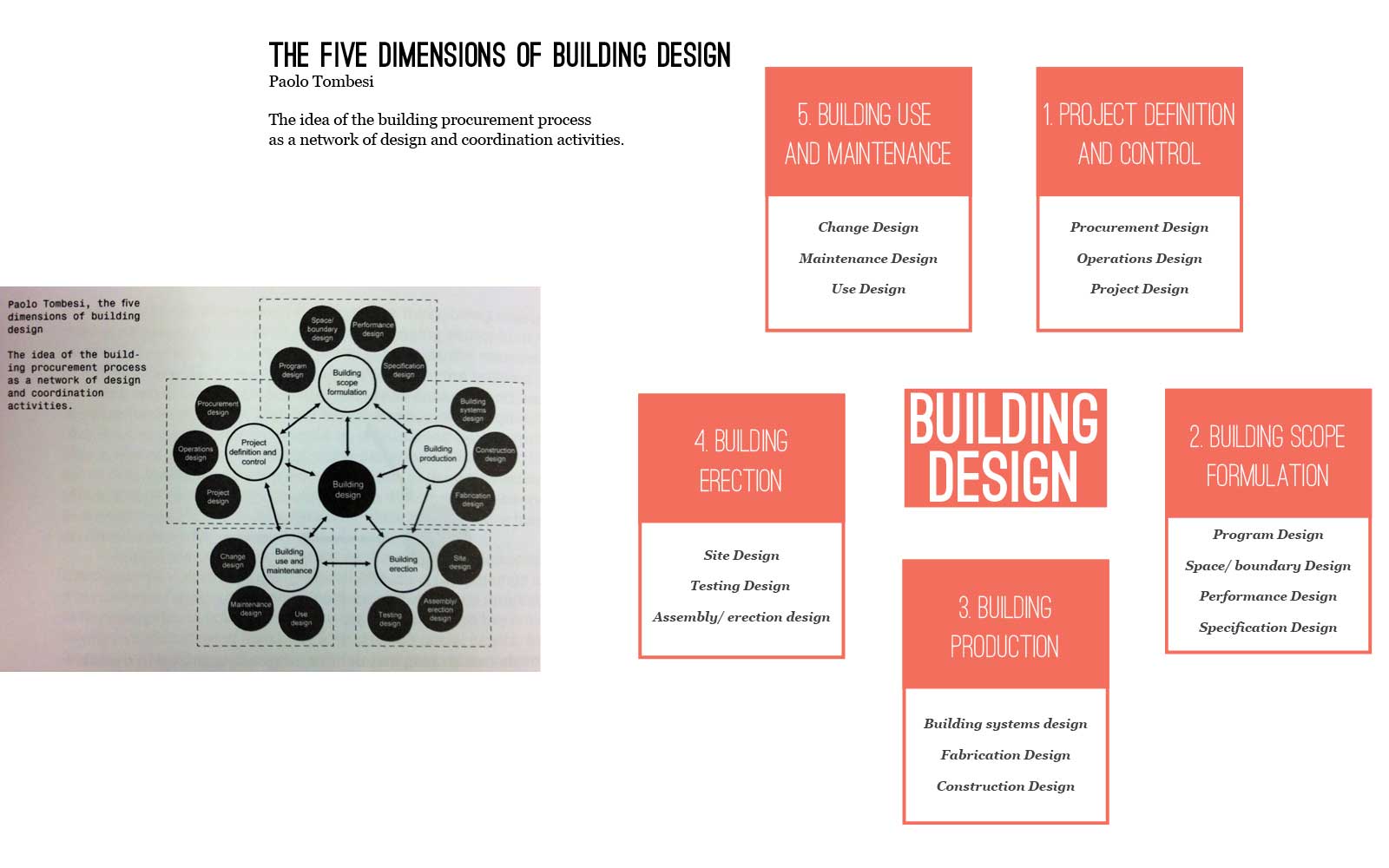 STEP 2. WHAT DOES THE DATA MEAN? 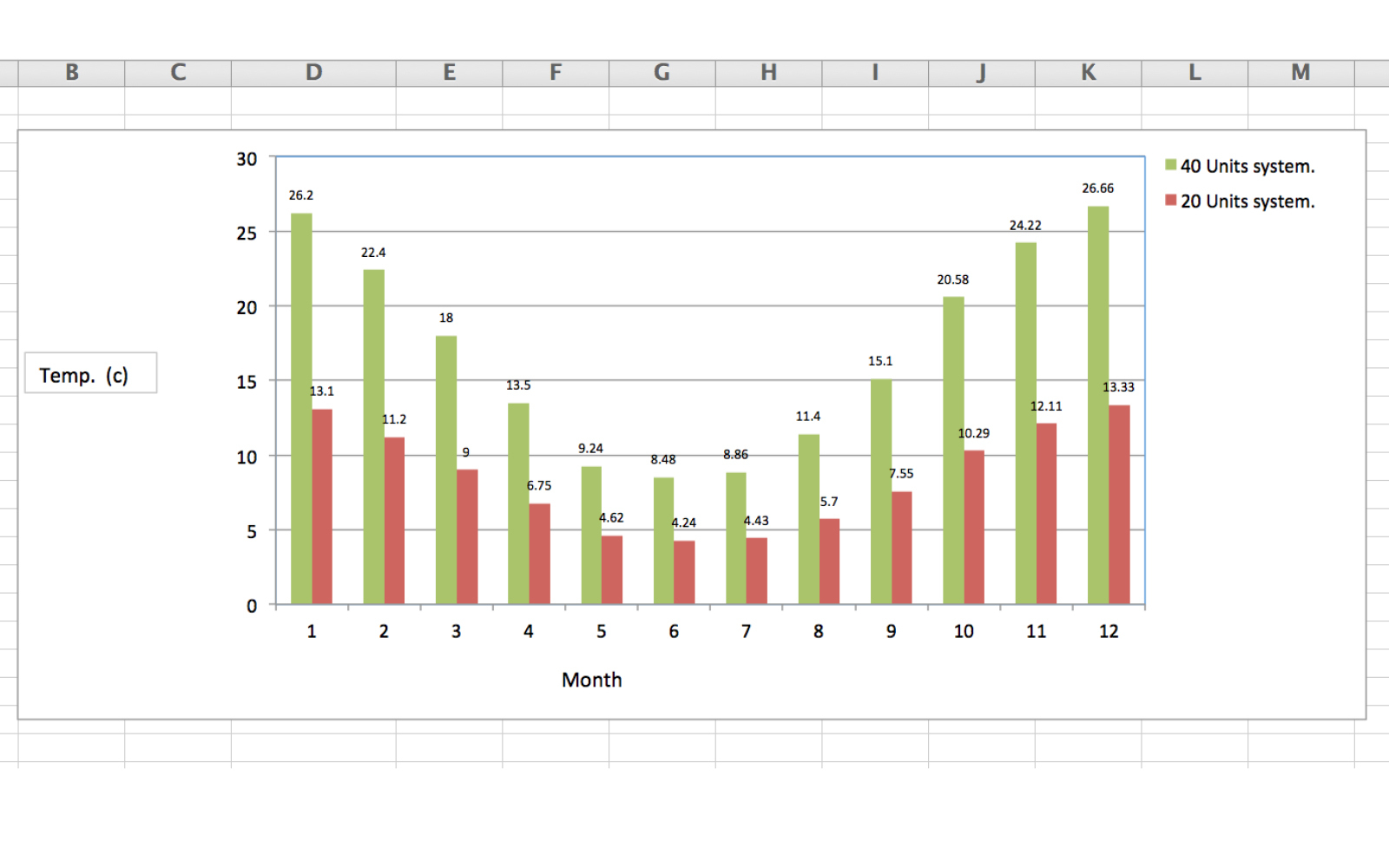 Edward Tufte is a master of data representation, and Chart Junk is a major culprit. He was particularly critical of Microsoft Powerpoint, which offered graphics tools for folks like doctors and lawyers who are not always so graphically inclined.

Presentations by the inexpert may include a barrage of graphic styles for different pieces of information, making presentations quite difficult to understand and obscuring the meaning of the data. Therefore, the number one rule in creating infographics is:

Every graphic element in the drawing should mean something. If it doesn’t convey some piece of information, then it’s probably unnecessary.*

Sometimes a simple, clear set of graphics are required to communicate the information and be understood by the reader as knowledge. Other times, the representation may serve to synthesize a few disparate pieces of data into knowledge on the page. I like to compare these techniques to electric circuiting. Show each data point as an individual graphic, as in the wind data for Boston, MA on the left in the image above. Although not absolute, series-based representations tend to work well when time is a variable, such as when recounting narrative, showing phasing, or change over time.

As with any design process, iteration will lead to a deeper understanding of data, and therefore increase the quality and legibility of the graphics.

The first critical in any design endeavor is to sketch the idea by hand. The relationship between hand and brain is strong, take full advantage of it to formulate at least a general direction before jumping into the digital world.

The images below are a series of iterations of a timeline I designed for my thesis research on Haiti and digital climatic analysis and design processes. The first iteration on the left creates a diagonal expression that does little to support the content. The middle has a distracting set of grey. By the final iteration, the supporting events converge along the popularly understood narrative history of Haiti. As you create a body of images that conspire to tell one coherent story, a consistent graphic language is the primary means by which to stitch the story together. Color choice, line weights, fonts and texture all contribute to create relationships across drawings. Set up a style sheet as quickly as possible, but inevitably your final drawings will be of higher quality than your first. If you plan to show early drawings in a final presentation, make sure to return to the early drawings and update their graphics to match the tone and quality of those produced since. In this demo I take a snippet of data from the wikipedia article on brick, and create a simple graph, which when compiled in with a series of other data representations, could tell the story of the brick industry, and it’s relationship to a particular architectural project, for example. 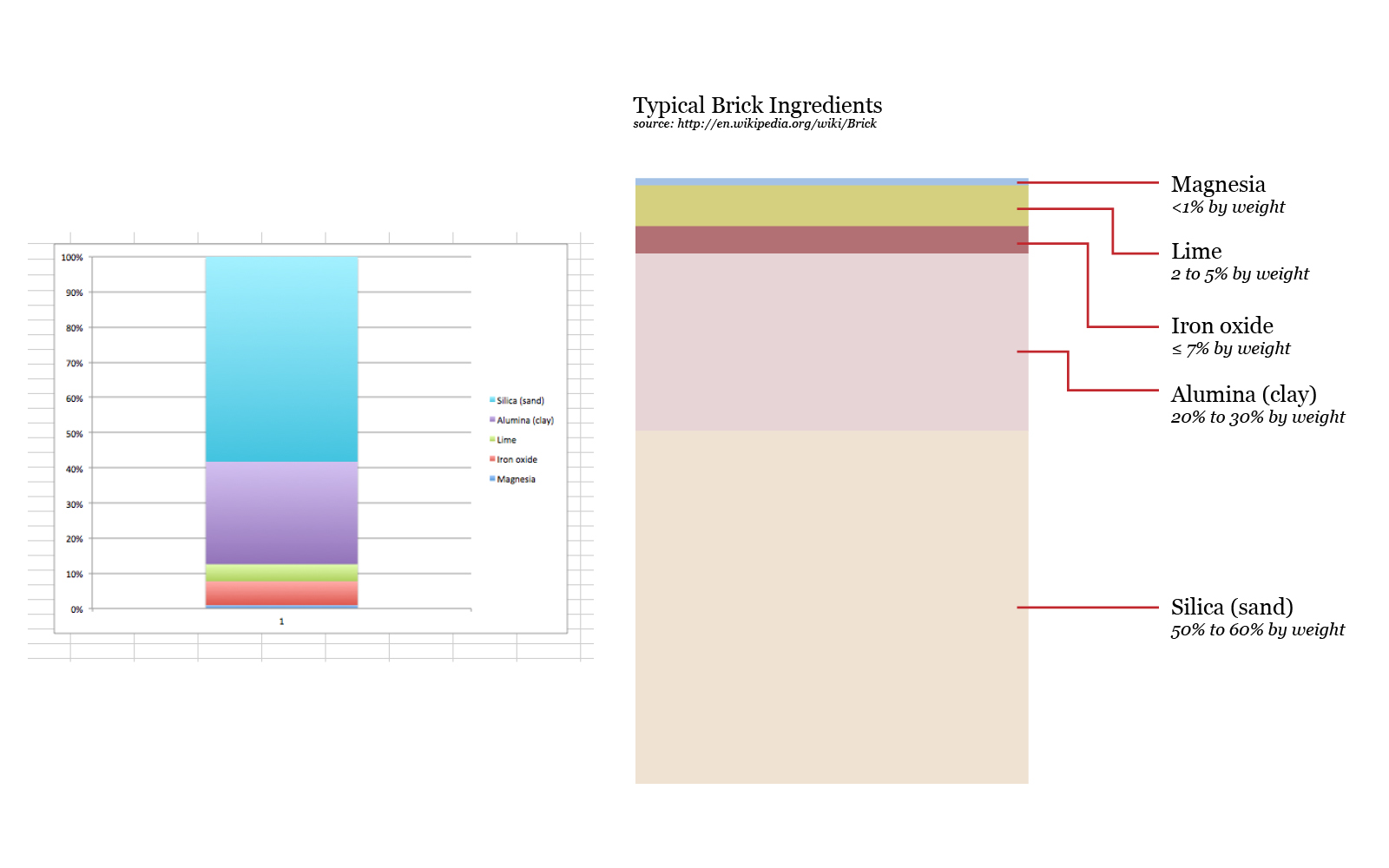 You can download a copy of the Adobe Illustrator file (CS6) here.

Being a designer requires a willingness to lose a little control – to let go of assumptions and preconceptions – to just sit with ideas, information, content, or data. To stew in it; to bask in it’s impartiality. Through working with it, molding it, we begin to tell a story, to take impartial content and give it meaning, a subjectivity and humanity. This is the ultimate goal of infographics.

A designer’s most powerful means of communication is drawing. With each line or iteration we explore what is possible, alternately revealing ...